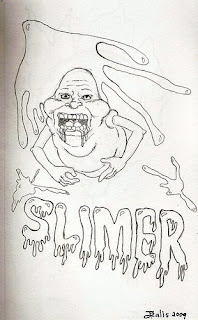 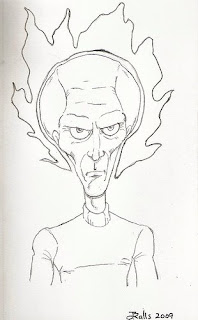 Happy 4th of July! For the first time, I'm posting two drawings in one blog post. I did these two in my sketchbook last night. I don't know why Brain Power shows through Slimer the Ghost. I'm planning on digitally coloring Slimer the Ghost anyway, so you won't see it then. In the Marvel UK Ghostbusters comics, there was a story about Slimer when he was alive. He was originally King Remils, a greedy, obese monarch who died of heart failure. I don't have any story for Brain Power. It's just something I drew. It sort of resembles that big headed alien guy on Star Trek. The one that turned out to be a disguise for the alien played by Clint Howard in the episode of Star Trek titled The Corbomite Maneuver.

Popular posts from this blog 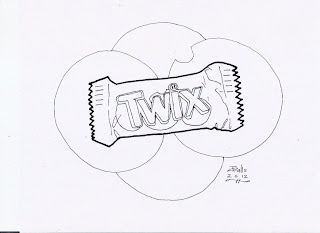 This is my drawing for day 25 of Terri's "30 DAY DRAWING/ART CHALLENGE." You're supposed to draw "your favourite sweet food/candy/etc (Terri)." I have a few favorites, actually, and this is one of them. This specifically is a drawing of a fun size Twix from a Christmas variety bag. The scallop in the right circle behind the Twix is because one of the circles on the wrapper is like that. At least it looks like a circle with a scallop on the wrapper. I'm thinking of doing more with it later. 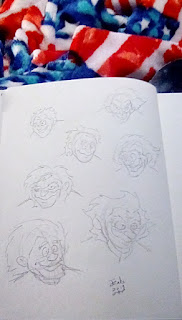 Here are some Mad scientist sketches I did earlier.
Read more 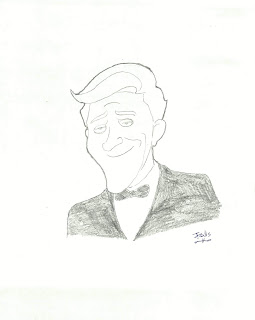